Menu
More than words
Terry had the pleasure of meeting and speaking with some awesome kids at the More Than Words (www.mtwyouth.org) nonprofit organization this morning. Terry wonderful time. We got to help spread the word of Foster Kids and we were able to share some jersey shirts with the youth @MTW.
Read More
Foster kids funday
The first 83 KIDS FOUNDATION FUNDAY FOR FOSTER KIDS at Dave & Buster's was a success. The kids had fun and got a chance to meet other kids and play games with their family and friends. They also got to watch movies and dance to the latest tunes while topping the event off with the most important part, and that was giving the kids a message of Encouragement and motivation. My guest speaker was Devin "THE BIG MACHINE" Wyman. Devin's speech was incredible and moving.
Read More
Previous
Next

The UNCF Dallas Mayor’s Masked Ball is the signature black-tie social event of the year and the only ball for education in Dallas! Hosted by Dallas’s very own Mayor Mike Rawlings, dignitaries, civic leaders, ….
Know More Another event in the books! Great people, Great Music(ROCK STEADY), Great Food and what a Great day to hold the 2nd Annual Crawfish Boil Benefiting 83 Kids Foundation. Can’t express the love that was ….
Know More The first 83 KIDS FOUNDATION FUNDAY FOR FOSTER KIDS at Dave & Buster’s was a success. The kids had fun and got a chance to meet other kids and play games with their family ….
Know More Anyone that has kids know that probably the most heart wrenching feeling is when your child is hurting and you can’t do anything about it! Going to the Children’s Hospital is one of most humbling ….
Know More Friday night March 10th, 2017 @ The House Of Blues Dallas had the pleasure of meeting some very interesting people that took the time out to come to my fundraising event and donate to ….
Know More Terry attended the Patriots SUPER BOWL LI Rally. While being able to be a fan and root for his First NFL team, The Patriots, Terry got to meet some great people and spread the word ….
Know More

What would you do? Foster care edition!

Donate us by purchasing following products 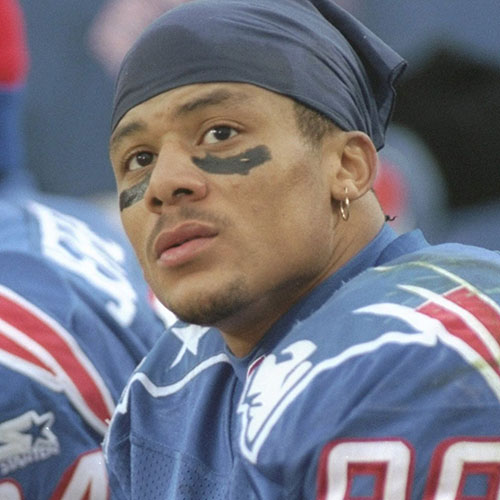 Our Mission is to establish a caring and loving environment by educating current and potential foster care parents, generate awareness of the challenges facing foster children, and expand the generosity of charitable organizations nationwide.

Remember, Nobody Is Perfect And We All Make Mistakes

As a child growing up on the North, East, South and West sides of Columbus Ohio, I was diagnosed with a severe case of ADD, Hypertension and Hyperactivity (aka ADHD). I myself was a FOSTER KID and lived in 15 different homes and went to 10 different schools from K-12th grade.

During my childhood, I didn’t see my mother much. She spent a lot of time incarcerated.  When she was home, I use to have to watch helplessly while her boyfriend would beat her to a pulp almost every other day. I spent most of those nights crying by her side rocking her to sleep with ice packs on her face. This was in the 70’s and the 80’s when people would see it happening but wouldn’t get involved. He’s a COWARD! My true and only support system was my grandmother. She died of diabetes right after my mother got out of prison. That took my soul. But just when I thought things couldn’t get any worse, my mother went missing. She was later found beaten to death in an abandoned building. Life was over as I knew it. I fell into a deep deep depression. Mute, zombie, empty, numb, hurt, worried, ashamed, self pity, angry, bitter are some of the words that described me. I felt alone and trusting people became an adventure. With the pressures of hiding my mental illness and health issues, suicide seemed to be my only option. I’m very fortunate to be here! GOD’s plan!

Unfortunately my ADHD hindered me in the classroom. My grades suffered and my relationships with others were non-existent. Walking on and earning a scholarship at THE OHIO STATE UNIVERSITY (after not graduating high school) meant the world to me. While battling every quarter to maintain my eligibility, I lost my scholarship and my best friend Jayson Gwinn (fellow buckeye and high school teammate) but somehow with the grace of GOD I was able to turn those aforementioned words that described me into fuel that burned deep down inside of what soul I had left. The burn generated motivation.  The motivation miraculously got me through my junior year and I was able to accomplish : 1st Team All-Big Ten, 1st Team All-American, Fred Biletnikoff Award (nations top collegiate WR) and was the 7th Overall NFL Draft Pick as a junior. The decision to forgo my senior year was one of the toughest decision’s I ever had to make. I knew I needed the money and the way my life had gone, there were no guarantee’s. I felt safe in college. Jumping to the NFL after one true year of playing college football, felt like signing my death certificate. A bitter, hurt and angry 21 year old with a 12 million dollar contract and no one to answer to, It was just a matter of time. It all happened in a blink of an eye. I wasn’t prepared at all. There was a part of me that didn’t want to go. Then there was the part of me that had to go. The thought of being able to take care of my little sister made the decision clear and I signed the forms to enter the NFL draft literally minute’s before the deadline!

Seems cool and it truly was! But the coolest thing to me is being able to establish my 83 Kids Foundation in hopes to better the lives of those in need. Everybody deserves a chance. Remember, nobody is perfect and we all make mistakes. Learn from them and keep moving forward. GOD IS GREAT! Thank you with all my HEART! -Terry Glenn

P.S. Hopefully this post can help anyone out there in a dark place feel like they can overcome their adversities. Have faith. Have patience. Never quit. GOD will show you the way.